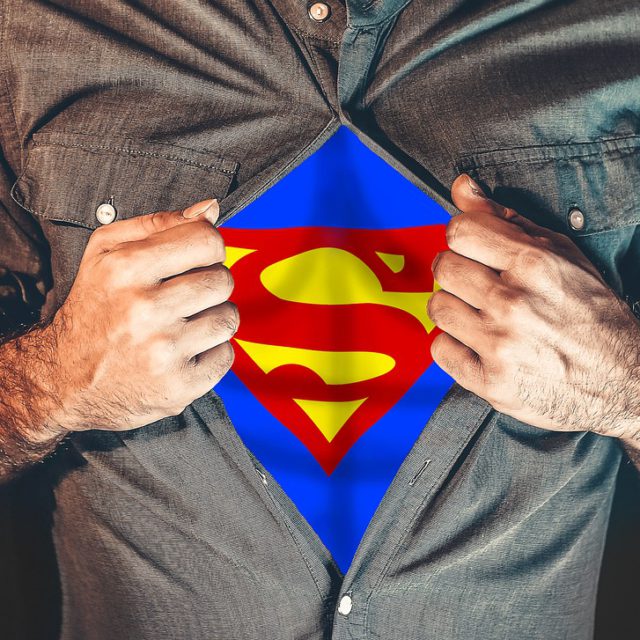 Is Chivalry Dead? Or Just Napping On The Couch?

We all have heard this before: Is Chivalry dead? But is it really dead or simply taking a nap on the couch? Out of the 5 pillars of a Distinguished Gentleman, Chivalry is one of the most overlooked. Or perhaps just misunderstood. If it wasn’t because of Chivalry, Rose would be at the bottom of the ocean and Jack definitely would have not come back to the site years later. And Chris M. Brown probably would have gotten the soundtrack gig for Titanic instead of Celine Dion. Even the History channel has described how Chivalry died – again and again. And maybe so.

So let’s ask again, is Chivalry dead? Chivalry as originated and portrayed in the Feudal era, absolutely yes. Modern Chivalry, not quite. We believe it is either napping on the couch or watching TV and drinking a cold one. Nor there is anything wrong with that per se, but there is an underlying problem with that picture. A problem that stems from modern society and masculinity stereotypes. And if you haven’t read our article on Masculinity, we highly advise you to do so here.

Before we jump into how Chivalry is dead and the issues with its modern predecessor we feel it is important to know its roots and history. And yes, we believe understanding our history provides us with a stronger sense of our present and future.

Where Does Chivalry Come From?

As briefly mentioned before, Chivalry originated during the Feudalism era. And for those that skipped the history class, Feudalism was the dominant social system during medieval times in most of Europe. More specifically between the 9th and 15th centuries. There was a clear distinction between social classes, predominantly royalty, nobles, and peasants. It revolved around the intricate relationships between the social classes. The result was nobility holding land for the royalty in exchange for military protection. Which leads us to the connection between Chivalry and knights.

Historically, Chivalry was a medieval knightly system. It followed a specific moral, religious, and collective code. In the broader sense of the term Chivalry as far as knights are concerned was a “combination of qualities expected of an ideal knight, especially courage, honor, courtesy, justice, and a readiness to help the weak.” In other words, it depicted an image of a distinguished gentleman back in medieval times. Knights were trained and expected to behave and perform based on these principles that laid the foundation for the term Chivalry. 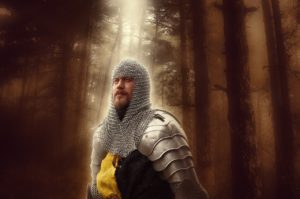 Naturally, Chivalry, as it relates to knights in the Feudal era, died in the early 16th century.

Chivalry, as it relates to its origins and specific moral, religious and social codes, is naturally dead. However, the qualities that shaped knighthood and chivalry have transferred into modern times. Or at least they should have. There is nothing more elegant and distinguished than a man that knows his place in the world and in society. As discussed in our “Masculinity: The Power of Giving” article, there is immense value in the male role as protector and provider. But without describing it in detail as it will be discussed in the next few sections, we felt it was important to mention it.

Yes, there is a deep sense that even modern chivalry is dead. We don’t quite fully believe that, although it has some truths to it. And it definitely resonates with previous and recent generations for whom which a false stereotype of masculinity and manhood were cemented and forged. In a lot of ways, Chivalry has been dead for a long time and many of its foundations long-lost. As it stands those qualities that make a man appealing and elegant have been overlooked. Especially those that relate to courage, courtesy, and especially honor and readiness to help the weak.

Or Is It Napping On The Couch?

So the question is – is modern chivalry dead or simply lying or napping on the couch watching a game of Football? We feel that even though there are certain aspects of Chivalry that have been long-lost, the image of it being completely dead is magnified by the fact that modern manhood gravitates around egocentricities. The media and modern technology play a key role in these stereotypes and behaviors. Men are constantly bombarded with distractions and various tactics that undermine the beauty of true masculinity.

It also does not help the fact that for a lot of men the rise in the cost of living is often not relative to the pay. Or that the food we eat is mostly unhealthy and too heavy for our digestive system. We know how off-topic and excuse this sounds but we get why men just want to be left alone when at home. We understand why the only energy left in a man after a long day or week seems like it wants to be spent doing our thing. But ultimately, it falls on us to make those adjustments in our lives that will motivate us to get up from that couch and be that man we ought to be. That protector and provider our families and loved ones deserve.

Men often overlook the fact that we are stronger when we are compassionate and giving. We incorrectly feel vulnerable if we let our emotions dictate our actions. Instead, our behavior is dictated by only logic. Nor that there is a right or wrong way of basing our behavior on but certainly ignoring the fact we are human is only detrimental to our potential as men. Meaning when a father tells his own son to deal with it like a man and not cry because his grandma has passed away, it only detriments the child. But let’s not get off track for too long. Our point here is that modern chivalry really starts from within and being that beam of light in a lighthouse directing us where to go.

Those very qualities that made a knight in the 12th century such a point of inspiration for children should still translate to modern times. Naturally, the religious, moral, and social Chivalry codes in the Feudal era are not all applicable to modern times. However, it’s the foundation and attributes that were the result of the ideal that should translate into modern society. In fact, now more than ever we need modern “knights” full of courage, honor, courtesy, justice, and eager to help the weak. Now more than ever we need fathers teaching their children of the importance of those characteristics.

We strongly believe that although Chivalry has evolved and transformed over time, there are critical aspects that still reside within men. Or at the very least some of us are trying to revive, reinforce and pass to future men generations. Men are starting to recognize the beauty and power in their own authenticity and masculinity. We see it in men being more involved in giving back to the world. Or that man opening that door to a woman holding a stroller. These are very small details that for most of us go unnoticed, but not for us. We sense a change in mindset and behavior that root back to the origins of Chivalry. It is the courtesy when a man quietly listens carefully to another opinion and respectfully adds to it. Perhaps it lives in that feeling of helpless and eagerness to correct an injustice made on another person.

Chivalry is starting to be reborn. And because our goal is very clear, we surround ourselves with men like us. The immense power of networking has allowed us to take a peek into what we call Chivalry reborn. Others like us, and perhaps like you, that are in a journey to become a distinguished gentleman. To reshape and redefine modern Chivalry.