We spend a significant amount of time, energy, and money into our education. Education, in theory, prepares you to be a fully functional adult in society. However, we believe there is a problem with modern education and the process that complements it. It is simple: It became a standardized education system that distorts our own image and strips what comes naturally to us.

Education within itself is an amazing thing. It should be a process in which we learn new things. And therefore, empowering us. We are advocates for the power of knowledge. More importantly the use of that knowledge. In fact, we are constantly learning new things every day without realizing it. Knowledge is always around us.

Let’s discuss where education comes from. This will allow us to better understand the problem with standardized education.

The History of Education

This section alone could be an article within itself. In fact, there are a few articles we highly recommend if you want to get an in-depth look at the history of education:

A Brief History of Education by Peter Gray

The History of Education by Robert Guisepi

The two articles above go in-depth on some of the historical facts we will discuss in this article. We will avoid going into a vast amount of detail and focus on the main concept of this article: The problem with standardized education.

Education as an element/process from which we learn has been fundamental for us as a species. In fact, Education can be traced as far as our hunter-gatherer origins. Anthropologists around the world have discovered that members of these groups had a true work/play lifestyle. In fact, there was no distinction between the two. Children learned the skills and knowledge to be sustainable from playing.

During the early stages of our development, there was a natural way of learning (natural education). It was centered on the innate desire to explore the world. Subsequently developing physically, emotionally, and intellectually naturally. Much like an animal would in the wild.

Over time, the changes in our way of life and dictated by the increase of more advanced methods of sustainability forced a gradual change in children’s lives. It transformed from an innate desire to explore and a free pursuit of their own development to a demand to support and assist the family. This marked a shift in our education process. Education moved away from natural curiosity to that of necessity and obligation.

This continued with feudalism in the Middle Ages. Society then became hierarchical. Royalty at the top and slaves at the bottom. And with the majority of servitude being children, the focus shifted towards obedience, and suppression of their own will.  Ultimately, showing reverence towards their masters. Good children were seen as obedient and judged on their ability to suppress their urge to play and explore.

Bonus: Did you know that in North America, Massachusetts became the first colony to mandate schooling? Religion played a key factor in this decision. The foundation was to turn children into good Puritans.

During the industrial period, employers saw schooling as a way to create better workers. There was an emphasis on punctuality, consistency, and ability to follow directions. As well as tolerance for prolonged hours of repetitive work.

As nations became more centralized, national leaders saw schooling as a means of creating good patriots and future soldiers. During this time, there was an emphasis on the grandeur of the fatherland. And the achievements and moral virtues of the nation’s founders and leaders. As well as inevitably the need to protect the nation from the outside world.

As time passed, society became more advanced and sustainability became more automated. Therefore, the need for manual labor decreased. The focus of childhood then changed and began to be viewed as a time for learning. Schools then became places for children to develop and learn.

It wasn’t all suppression. Reformers believed that schools were places for protecting children from the damaging forces of the outside world. Also a place for providing children with the moral and intellectual foundation needed to foster them into honest and capable adults. However, Reformers had their own agenda for what needed to be taught in school. Children needed to learn moral lessons and disciplines, such as Latin and Mathematics. The emphasis of this agenda was to exercise the mind and develop children into scholars.

And in that sense, the power-assertive methods that had been utilized to make children work in fields and factories were then transitioned into the classrooms. This finally takes us to the standardization of education.

How Education Became To Be Standardized

Due to several driving religious and non-religious factors, the concept of a universal and mandatory education system grew and gradually spread. Education was therefore understood as a process and system for inculcating and enforcing ideas. The process was rather simple: Repetition and memorization of lessons. The dreary and humdrum work was and still is completely the opposite of those instincts that urge children constantly to play freely and explore the world on their own.

As expected, the natural and innate driving force for curiosity and exploration clashed with standardized education. Children were simply not ready to adapt to schooling. However, by this point in history and following that trail from servitude from earlier ages, willingness had little or no value. Ultimately resulting in the introduction of punishments of all sorts that were seen as an elemental part of the educational process.

Protestants accentuated the urgency for standardized education. They established schools in Germany where common children could learn to read, writing, and about religion. This “modernization” was to have a significant impact on education in the Western world.

The methods of schooling have become less rigid and severe. However, the underlying process has remained the same. Learning is hard work and it is defined and seen as children’s work. Therefore, schooling is something compulsory during childhood as well as adulthood.

The Problem With Standardized Education 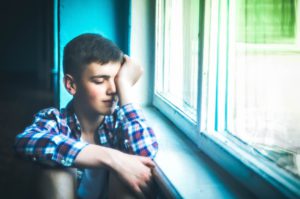 Some historians see the repercussions of those ideas during the 18th-century as one of the factors to the instability of education in the 20th-century. A prominent figure in this matter rose during this time, Jean-Jacques Rousseau. He strongly believed and advocated for a more natural educational process. Rousseau believed that children unfold and develop intellectually, physically, and emotionally much like a plant.

Jean-Jacques Rousseau also believed, which we deeply share, that the child is innately good but that all social institutions, including schools, misconstrues the child of their own image. He strongly believed that the objective of education should be the natural development of the learner.

The Solution To The Problem

This section is very much straight forward as it is also complex. In terms of what the solution entails is quite simple: Focus on the natural development of the learner and cultivate the innate urge and willingness to explore and grow through self-chosen activities. However, it is the shift back to a natural education process that can be complex.

Escaping from the spider-web, if you will, and regimen of the standardized education system is not a simple and short process. These systems were input in place for a reason and are, as one would assume, very well engineered. Standardized education has evolved and there is evident progress to focus on natural learning. Conversely, we are defined by our history and we are only at the edge of the tipping point. The beginning of a shift in mindset is palpable within Humanity. Most of us are starting to seek within ourselves.

There is a natural flowing curiosity reemerging within us. We deeply believe that the very same innate desire that connects us back to our origins still resides within us. The very same that makes The Higher Path Article push forward and sense the amazing possibilities. It is simply a matter of time. A matter of natural realignment.

We are not walking the same path nor do we walk at the same pace. Remember, there are beauty and purpose in the uniqueness in each of us. While some might prefer a more standardized education (or structured), others might lean towards a natural education.

This is an open discussion and we would love for you to share your comments, thoughts, and opinions on the comments below.