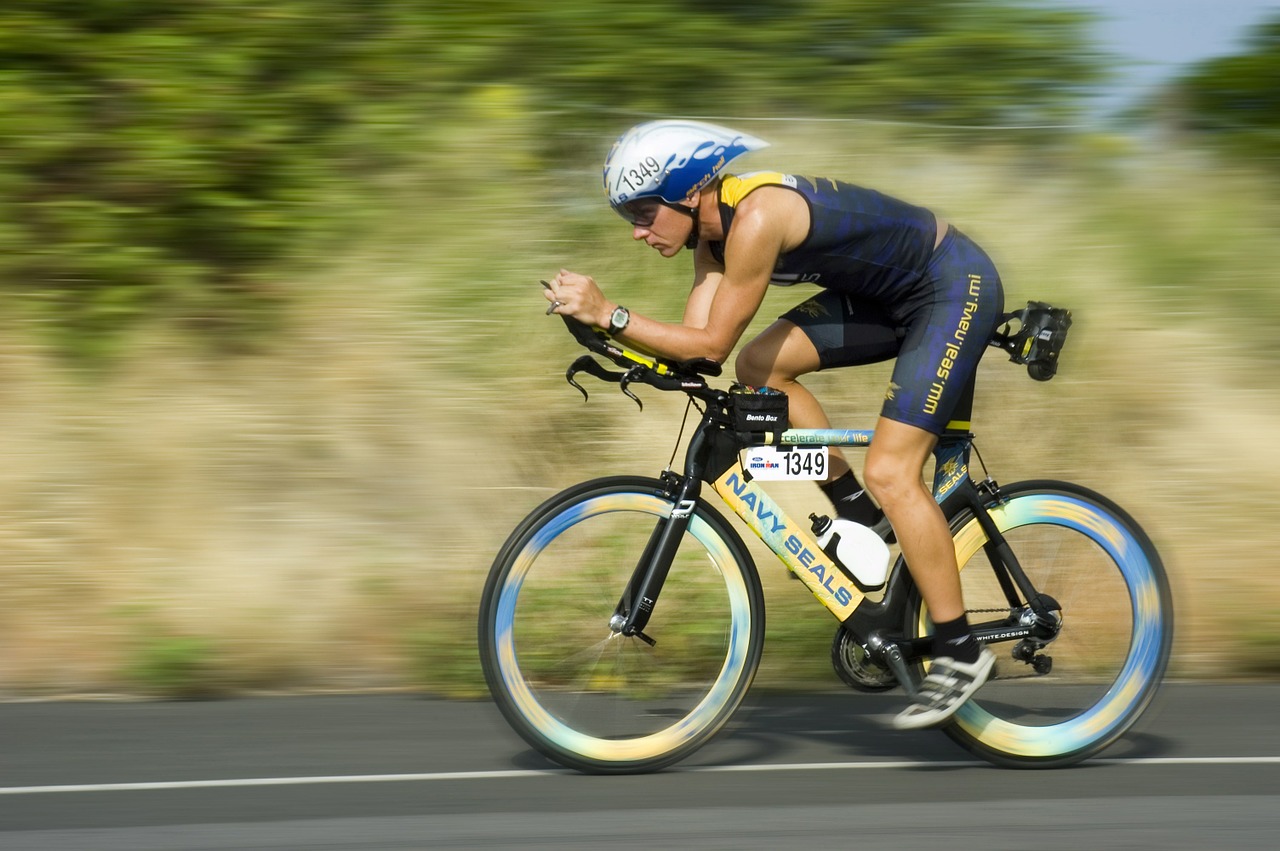 [introsec title=”What Is A Triathlon? 5 Reasons Why It’s For You”]

Oh man, you are in for a treat with this one. It is a personal favorite and something that encompasses lifestyle, passion, health, and more importantly community. Triathlons are gaining momentum and popularity. And there is an important reason why. But what is a Triathlon? You ask. Well, you wait, we’ll get into that in just a bit.

To us is not really what a Triathlon is that is important but rather what it encompasses. It is the people that practice it that make it such a unique and thrilling sport. Triathlons are probably one of the toughest challenges you will physically and mentally face. However, there are factors that you should consider before getting into it or even considering it. 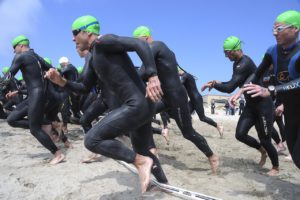 What Is A Triathlon?

To summarize it, Triathlon is a multi-sport activity. It consists of three individual sports combined: Swimming, Cycling, and Running. All in ONE single event! Typically, you start with the swimming portion of the event, once the distance is complete you move on to the cycling portion, and finish your Triathlon event with a nice and sometimes painful run. Your legs will feel like Jell-O (it’s called hitting the wall), literally, unless you train adequately.

This discipline first started back in the early 1970s in our backyard San Diego, California (Modern Man Advice is located in Southern California). It was presented as an alternative to the rigors of athletic training on the track. Hence, why it was first organized by the San Diego Track and Field Club at Mission Bay on Sept 24th, 1974. Ref

Since then it has gained huge momentum and has become of the staples of athleticism around the world. Thousands of participants sign up and participate in Triathlon events with Ironman being the world’s pinnacle Triathlon global organization.

How Long Is A Triathlon?

The distances vary in length, climate, terrain, etc. While Ironman only focuses on two distances (Half – 70.3mi and Full – 140.6mi), other organizations have a variety of popular Triathlon distances. These are (from shortest to longest):

A sprint-distance Triathlon consists of:

This distance makes it ideal for newbies to get their feet wet and use to the feeling of physically and mentally switching between the individual activities.

An Olympic-distance Triathlon consists of:

In the late 1980s, this distance was referred to as “International-Distance Triathlon” as it was accepted as the international standard and used at the first Triathlon World Championship in 1989.

In 1994 this distance was introduced as an Olympic sport for the 2000 Sydney Games. Therefore, it is now called “Olympic-Distance triathlon.

A Half-IronMan-distance Triathlon consists of:

This is where it starts to get a bit more technical and requires consistent and specific training to avoid serious injuries. This is especially the case where the events help in hot, humid, and uneven terrains. This distance is simply referred to as “70.3” (representing the total distance covered in the event) or “Half” events and ran mainly by IronMan.

The Ironman-distance Triathlon consists of:

There is a bit of debate around bragging rights between the “Half” and the “Full” with some athletes only calling themselves true Ironmen when they complete a “Full” distance event. We think that a “Half” event holds weight to consider yourself tough. With that said, “only events owned by the World Triathlon Corporation may have “Ironman” in the title as the word “Ironman” is a registered trademark.” Ref.

5 Reasons Why Triathlons Are NOT For You

We feel it’s important to begin with 5 reasons Triathlons are not for you. The reason why is that of the intensity and high endurance this discipline requires. If your question is still what is a triathlon, then that is your first sign you need to do more research before you consider this sport. Not because we are trying to make it sound glorious or impossible but because it is a high-risk discipline. As well as a high reward one.

With that disclaimer being said, here are a few reasons why Triathlons might not be for you:

You have a current and ongoing injury:

These events will put your body (and mind) to the test. It will take your body to its limits. If you have an ongoing injury, it will only make it worse effectively prolonging the recovery time or ultimately forcing you to go through surgery. Fully recover and heal first before you start your training.

You suffer from heart condition:

Likewise, and especially for heart conditions that might be fatal, you simply don’t push your body to those limits. And trust us, your body and mind will be pushed to its limits. While the mind is flexible and can be expanded with the right training, your heart does not if it suffers from a genetic condition.

Recovering from a recent surgery:

This is self-explanatory. Isn’t it? If it’s not, then that might a pretty clear sign this isn’t for you.

Sports are simply not your cup of tea:

Sports and especially endurance sports are not for everyone. There is no reason for anyone to push themselves to do something they do not enjoy. If you are getting into this discipline, do it for the love and passion. Not the bragging rights or for a bet.

This is also another important factor of why to avoid doing a Triathlon event. From experience, there might be moments, especially during the swimming portion, where you will encounter scary situations. And out of all the places to panic, the open water is by far not one of them. Having a cool head will get you out of any potential tough situation. Ex. 10 people around you burying you underwater trying to get past you.

While most experienced and ethical athletes will try to avoid running into you, for larger events where its a “mass start” (different from wave starts) and everyone starts at the same time, this is simply the likely scenario you will run into. 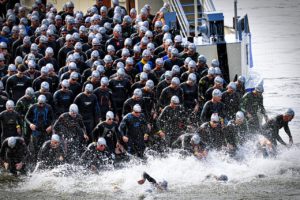 Remaining calm and knowing how to get out of any potentially dangerous situation is crucial. Panicking will only require more oxygen into your body and leaving you no room to escape or think clearly.

Bonus: Triathlons can be an expensive discipline/lifestyle. The equipment can be pricey due to the components and complexity of the sport. Do your research on equipment and other financial factors that might not be appealing at the moment for you. However, while some of it might be considered expensive it is amazing technology and equipment. For example, I use my Garmin Fenix 5X Sapphire to not only train, but go to the gym, hike, travel, camp, etc, etc. It is beyond useful and handy. Or for a more affordable version the Garmin Forerunner 645 is another great option.

5 Reasons Why Triathlons Are For You

Now for the fun part. If you are reading this article, then we assume you are interested in Triathlons and are the active-lifestyle type. If so, keep on reading and see if any of these reasons resonate with you:

You enjoy being part of an active, healthy, and highly supportive community:

This to me personally is the biggest reason. The community built around this discipline is just amazing and supportive. Every story you will hear and reasons, why people have put themselves through such rigorous training, can vary from personal growth to in honor of someone they love. It is just very inspirational and motivational.

Have a passion for the outdoors:

Triathlons cover land and sea, literally. Depending on where you even will be held, you will get to experience this amazing world. From swimming with dolphins and coral reefs to climbing the beautiful mountains and canyons on the bike or run. You are surrounded by majestic natural sights that only serve to inspire you and keep you going forward.

Love swimming but would love to incorporate a run or a bike session in your routine (or vice versa):

Most Triathletes start this discipline with loving and being fairly good at one single activity. For me, that sport was running. I love running and can humbly say I am a decent runner with an avg pace of 7 – 7:30 for events and 6:30 – 7 for training or casual runs. 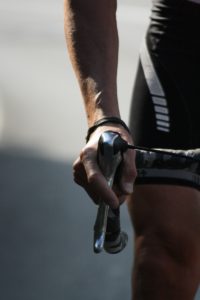 It sounds like a challenge or goal but does not qualify for any of the reasons in the previous section:

Some people start boiling-hot and some people start ice-cold. Whatever you’re starting point is, you simply know that your mind and body are aching for a challenge and better understand your true potential and what you can achieve. This discipline is beautiful because of how it transcends to other parts of your personal and professional life. It’s the mentality and mindset it solidifies through training and being surrounded by amazing human beings that is so appealing and amazing.

In all honesty, we are all unique and have specific talents, ambitions, and motivation triggers. You don’t have to fall in one bucket or the other. You might have a completely different set of reasons, all of which should be carefully analyzed considering what the discipline requires.

How To Get Started Into This Beautiful Discipline

Start with researching Triathlons. As mentioned above, this discipline can be expensive and therefore not appealing for everyone. Likewise, go through the pros and cons and reference it to your own life. Especially the health factors which should mean it would be ideal and wise to go to your doctor and get a physical to make sure your body is in optimal conditions. If it’s not, assess with a professional on those components that would bring your body to optimal condition. 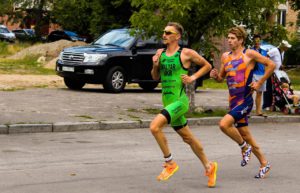 Once you get started, take things slowly but remain consistent. Create daily habits that can propel you into progression and substantial improvement. Perhaps, start with 1 activity whether it is swimming, cycling, or running if you are not doing so already and slowly incorporate the others. Don’t be a rock star and think you will complete a Triathlon event out of nowhere, while there is a slim chance some people will finish, you are risking major injuries and more importantly not enjoying the experience.

We recommend these articles by Active and it also works as a resource on booking your next Triathlon, Marathon, etc event. We love Active.

Let us know what you think of this article in the comments section below.

4 thoughts on “What Is A Triathlon? 5 Reasons Why It’s For You”